Was it for this the clay grew tall?

Was it for this the clay grew tall? - artwork by Stephen Raw

The words of Benjamin Britten’s choral masterpiece 'War Requiem' – which challenges the assumptions, waste and futility of war – inspired Raw to create 15 large, mixed-media, text-based artworks. Britten sets to music nine poems of Wilfred Owen alongside the centuries-old words of the Requiem Mass.

The artwork was shown as part of the 2013 City of London Festival (Britten's centenary year) in an exhibition titled 'WAS IT FOR THIS THE CLAY GREW TALL?' - a line from Owen's poem 'Futility'. The Director of the Festival, Ian Ritchie, said that he was "proud and grateful that we were able to be involved and to embrace the show within our programme."

The Poet Laureate, Carol Ann Duffy, said when she opened the exhibition, that Stephen's artwork was "a true labour of love and a realised, timely, truly visionary response to the genius of both Wilfred Owen and Benjamin Britten and to the pity and horror of war."

Here below is a one minute clip from a DVD directed by Colin Still of Optic Nerve. The full DVD may be bought from Stephen for £15 (inclusive of p&p).

Was It For This The Clay Grew Tall? clip

The exhibition was only made possible with a grant from The Joseph Rowntree Charitable Trust.

This short video (above) shows Stephen taking some of his artwork to the place in Northern France where Owen was killed. Stephen also collected soil from the canal side in Ors which he used in his painting 'The Next War'. The DVD was edited by Tim Raw. 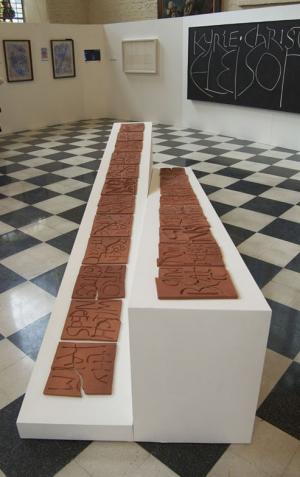 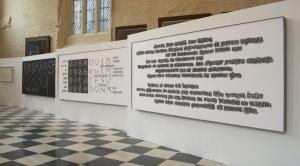 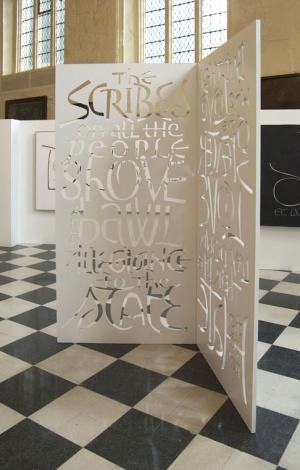 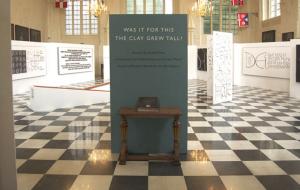 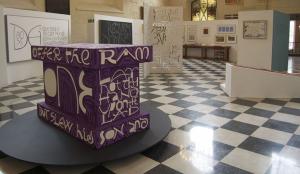 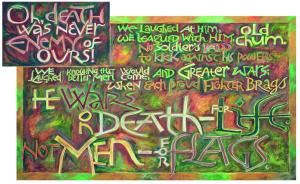 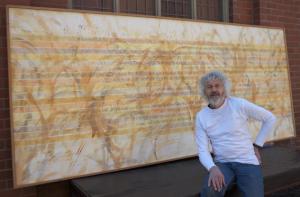