Respect for our neighbours

Manchester’s response to the atrocity of the Arena bomb was not to become a divided city with neighbour set against neighbour. 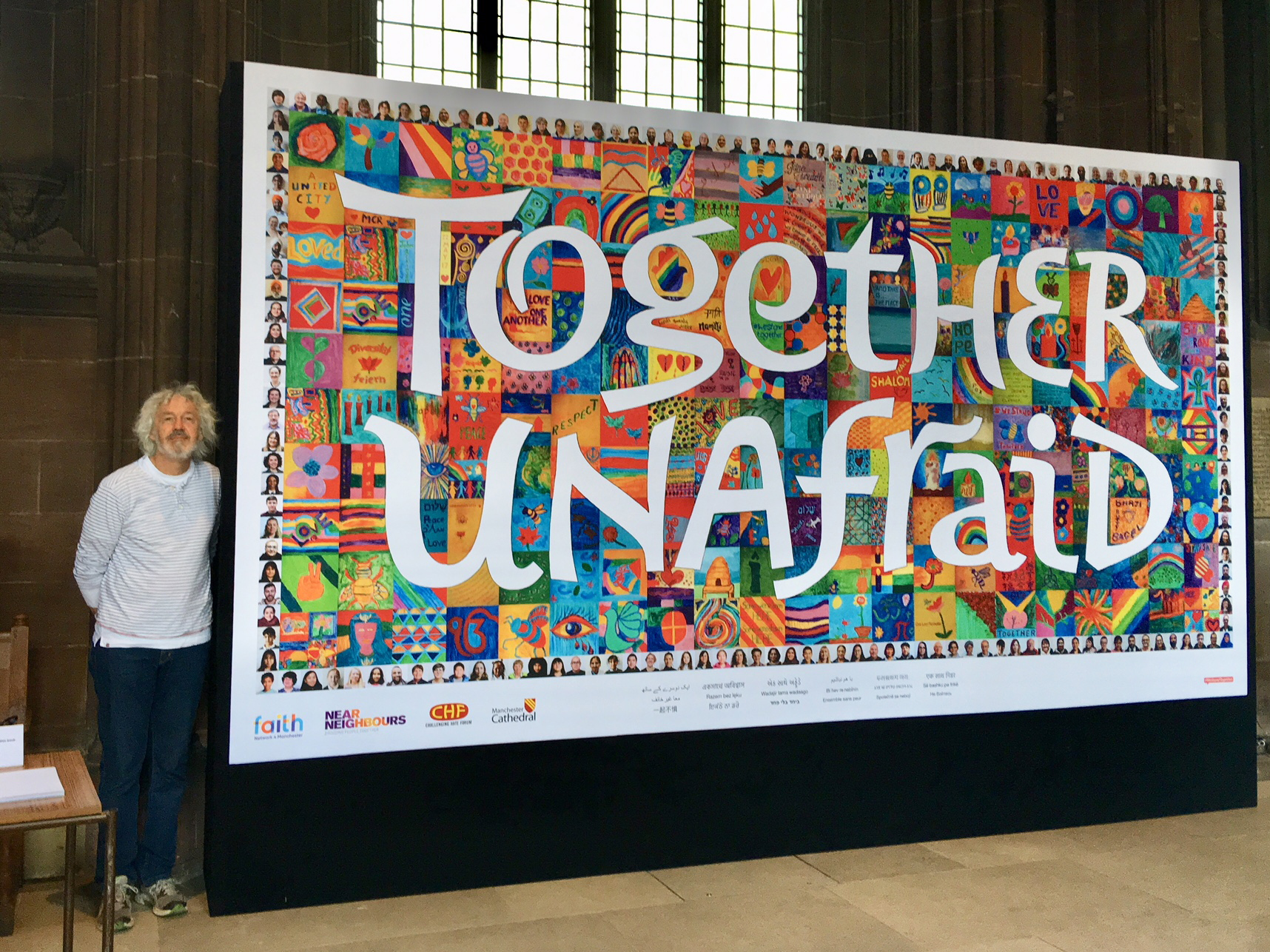 The Artist-in-Residence at Manchester Cathedral, Stephen Raw, was just one of the thousands who were affected by this adversity. His reaction was to invite people of all faiths to join together in painting a small part of a 5m-long banner with his words ‘Together Unafraid’.

Painting sessions were hosted in a Mosque, a Synagogue, a Gurdwara, the Cathedral and some local schools. People of all ages and of all faiths and none, came to paint, some in memory of those killed a year ago, some simply asking for tolerance of ‘others’.

Many of the contributors had their photograph taken which forms the border of the banner: a faithful record of the wonderful diversity of people that live and work in the city of Manchester.

The banner was on display in the Cathedral and afterwards has been housed at the Khizra Mosque, Cheetham Hill Road, Manchester. 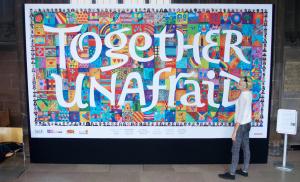 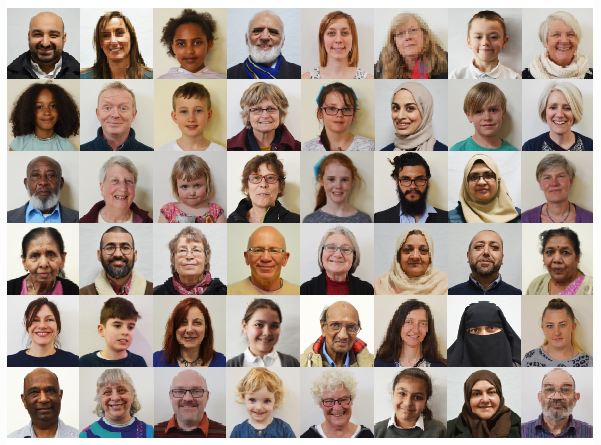 "At the same time as I was running the painting sessions the wicked ‘Punish a Muslim’ letter was published. I’ll not forget how the contributions, especially those at the Mosque, became even more poignant with their refusal to counter hatred with hatred.

I was struck that after you’ve stripped away the differences of how we express faith, you’re left with hospitality – wherever we went, strangers were welcomed. ‘Priceless!’ 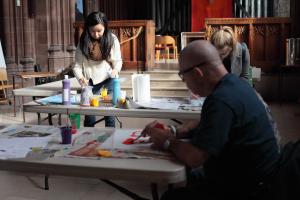 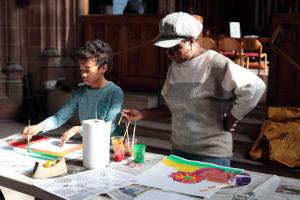